How a hatred for taxis & a good idea formed Uber, a company with an estimated valuation of over $82B. What is Uber? 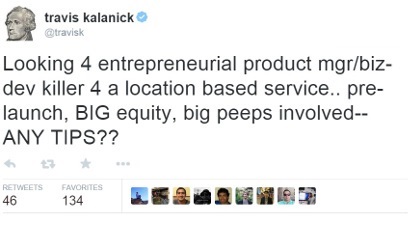 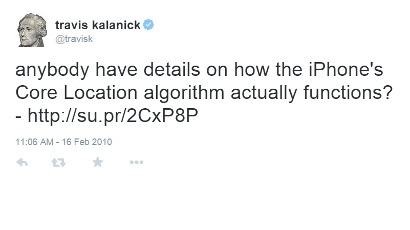 Travis is looking to gain insight/specifics on the iOS geo-location features. These capabilities will play a vital role in his new idea.
View Tweet
link 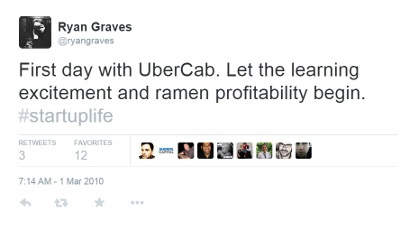 Ryan Graves announces his new job at UberCab! Ryan is now the Head of Global Operations at Uber. He was even made CEO at one point.

We have a name! This is the first mention of UberCab, Uber's original name.
View Tweet
link 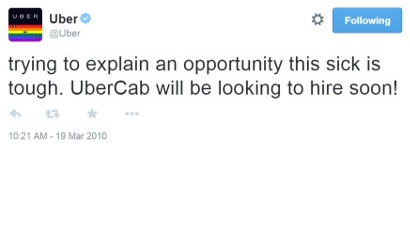 Beginning to realize the true potential of his idea, Travis tweets about the struggle of explaining the true value to others.
View Tweet
link 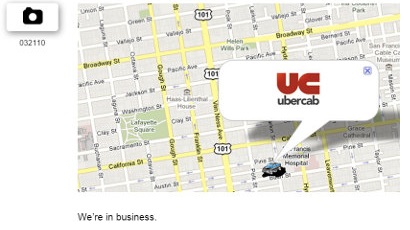 The UberCab app is officially functional and in beta. Also, The UberCab logo is seen for the very first time.
View Post
link 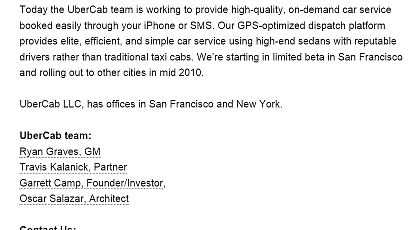 UberCab, which is currently made up of just 4 employees, shares their plan as well as ideas for imminent expansion.
View Post
link 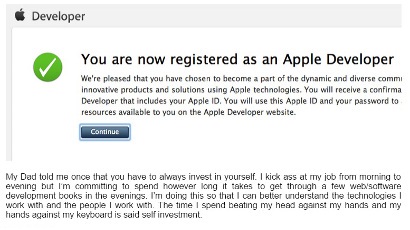 Ryan Graves (co-founder of Uber) becomes an Apple developer and posts an inspirational message about his thirst for knowledge and to learn web/software development.
link 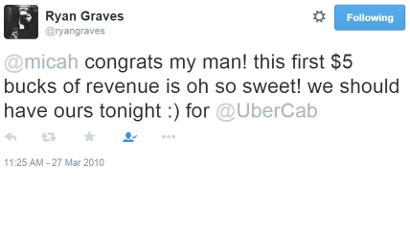 (while it's still in closed beta testing)
View Tweet
link 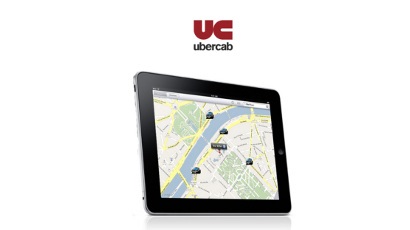 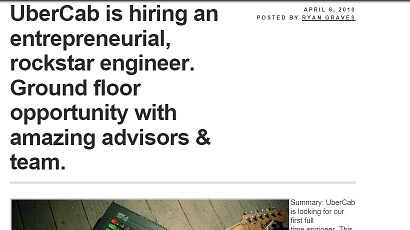 Ryan Graves says they're hiring their first developer. Applicants must answer these 10 unique questions with their application. 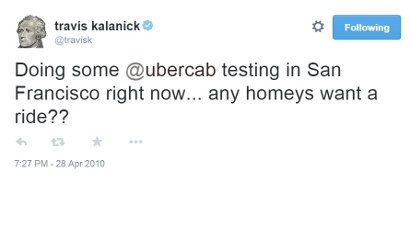 Travis is testing the UberCab iPhone app in San Francisco!

...And asks if any of the homey's want a ride.
View Tweet
link 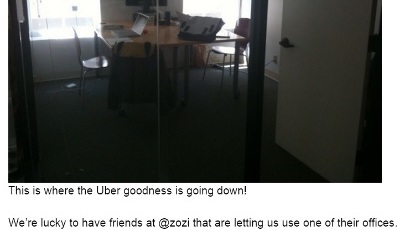 ...Which was actually one of the empty rooms at the Zozi headquarters in San Francisco.
link 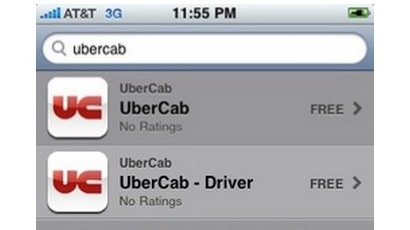 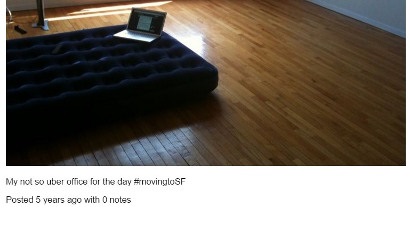 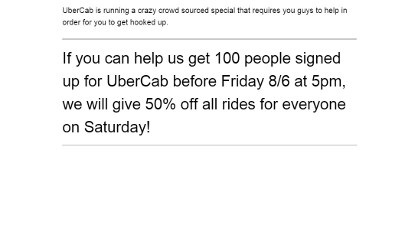 UberCab announces a crowd-sourced marketing campaign - If they get 100 new signups in ~24hrs, They'll make rides 50% off for everyone the next day.

They ended up getting just over 80, But went through with the 50% off anyway.
View Post
link 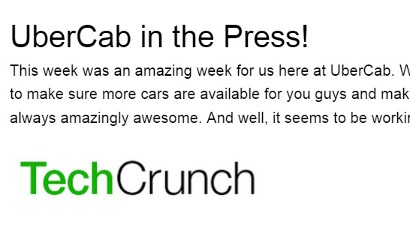 This marks the first 'real press' for the company.
View Post
link 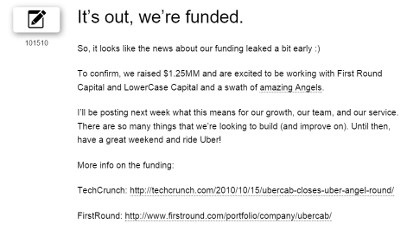 Their first ever round of funding results in $1,250,000, allowing them to truly get off the ground.
View Post
link 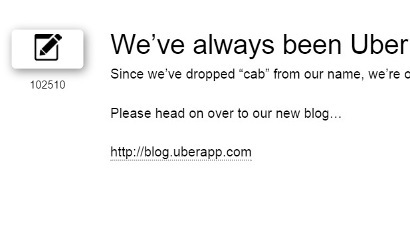 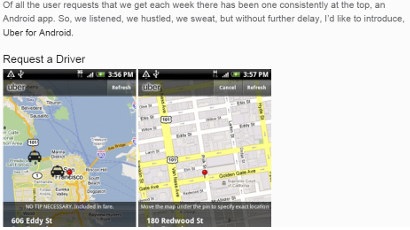 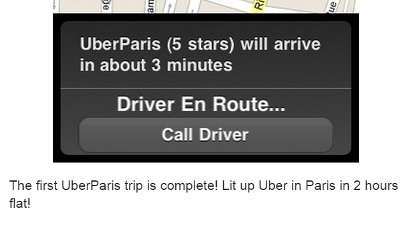 This soft launch showed everyone just how quickly Uber can be adopted in a new location.
View Post
link 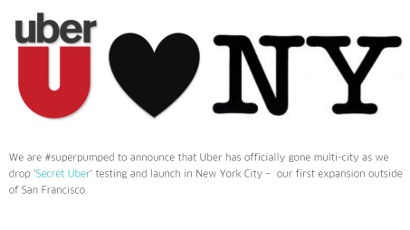 This marks their first expansion (and their second phyiscal office location).
View Post
link
you can use your left & right arrow key or swipe

We have scoured the internet to bring you the details on how Uber started.

Most of this information comes from the original founders & very first employees themselves.

Not an official resource.
We are not affiliated with Uber in any way.